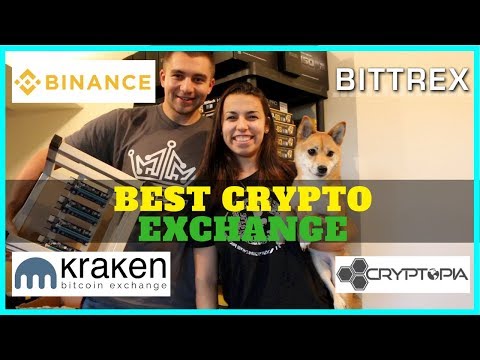 How To End The Cryptocurrency Exchange "Wild West" Without Crippling Innovation

​
In case you haven't noticed the consultation paper, staff notice, and report on Quadriga, regulators are now clamping down on Canadian cryptocurrency exchanges. The OSC and other regulatory bodies are still interested in industry feedback. They have not put forward any official regulation yet. Below are some ideas/insights and a proposed framework.
​
​
​
Many of you have limited time to read the full proposal, so here are the highlights:

Effective standards to prevent both internal and external theft. Exchange operators are trained and certified, and have a legal responsibility to users.

Provides visibility to Canadians that their funds are fully backed on the exchange, while protecting privacy and sensitive platform information.

Establishment of basic insurance standards/strategy, to expand over time. Removing risk to exchange users of any hot wallet theft.
​
​

(1) Proper multi-signature cold wallet storage.
(a) Each private key is the personal and legal responsibility of one person - the “signatory”. Signatories have special rights and responsibilities to protect user assets. Signatories are trained and certified through a course covering (1) past hacking and fraud cases, (2) proper and secure key generation, and (3) proper safekeeping of private keys. All private keys must be generated and stored 100% offline by the signatory. If even one private keys is ever breached or suspected to be breached, the wallet must be regenerated and all funds relocated to a new wallet.
(b) All signatories must be separate background-checked individuals free of past criminal conviction. Canadians should have a right to know who holds their funds. All signing of transactions must take place with all signatories on Canadian soil or on the soil of a country with a solid legal system which agrees to uphold and support these rules (from an established white-list of countries which expands over time).
(c) 3-5 independent signatures are required for any withdrawal. There must be 1-3 spare signatories, and a maximum of 7 total signatories. The following are all valid combinations: 3of4, 3of5, 3of6, 4of5, 4of6, 4of7, 5of6, or 5of7.
(d) A security audit should be conducted to validate the cold wallet is set up correctly and provide any additional pertinent information. The primary purpose is to ensure that all signatories are acting independently and using best practices for private key storage. A report summarizing all steps taken and who did the audit will be made public. Canadians must be able to validate the right measures are in place to protect their funds.
(e) There is a simple approval process if signatories wish to visit any country outside Canada, with a potential whitelist of exempt countries. At most 2 signatories can be outside of aligned jurisdiction at any given time. All exchanges would be required to keep a compliant cold wallet for Canadian funds and have a Canadian office if they wish to serve Canadian customers.
(2) Regular and transparent solvency audits.
(a) An audit must be conducted at founding, after 3 months of operation, and at least once every 6 months to compare customer balances against all stored cryptocurrency and fiat balances. The auditor must be known, independent, and never the same twice in a row.
(b) An audit report will be published featuring the steps conducted in a readable format. This should be made available to all Canadians on the exchange website and on a government website. The report must include what percentage of each customer asset is backed on the exchange, and how those funds are stored.
(c) The auditor will independently produce a hash of each customer's identifying information and balance as they perform the audit. This will be made publicly available on the exchange and government website, along with simplified instructions that each customer can use to verify that their balance was included in the audit process.
(d) The audit needs to include a proof of ownership for any cryptocurrency wallets included. A satoshi test (spending a small amount) or partially signed transaction both qualify.
(e) Any platform without 100% reserves should be assessed on a regular basis by a government or industry watchdog. This entity should work to prevent any further drop, support any private investor to come in, or facilitate a merger so that 100% backing can be obtained as soon as possible.
(3) Protections for hot wallets and transactions.
(a) A standardized list of approved coins and procedures will be established to constitute valid cold storage wallets. Where a multi-sig process is not natively available, efforts will be undertaken to establish a suitable and stable smart contract standard. This list will be expanded and improved over time. Coins and procedures not on the list are considered hot wallets.
(b) Hot wallets can be backed by additional funds in cold storage or an acceptable third-party insurance provider with a comprehensive coverage policy.
(c) Exchanges are required to cover the full balance of all user funds as denominated in the same currency, or double the balance as denominated in bitcoin or CAD using an established trading rate. If the balance is ever insufficient due to market movements, the firm must rectify this within 24 hours by moving assets to cold storage or increasing insurance coverage.
(d) Any large transactions (above a set threshold) from cold storage to any new wallet addresses (not previously transacted with) must be tested with a smaller transaction first. Deposits of cryptocurrency must be limited to prevent economic 51% attacks. Any issues are to be covered by the exchange.
(e) Exchange platforms must provide suitable authentication for users, including making available approved forms of two-factor authentication. SMS-based authentication is not to be supported. Withdrawals must be blocked for 48 hours in the event of any account password change. Disputes on the negligence of exchanges should be governed by case law.

Continued review of existing OSC feedback is still underway. More feedback and opinions on the framework and ideas as presented here are extremely valuable. The above is a draft and not finalized.
The process of further developing and bringing a suitable framework to protect Canadians will require the support of exchange operators, legal experts, and many others in the community. The costs of not doing such are tremendous. A large and convoluted framework, one based on flawed ideas or implementation, or one which fails to properly safeguard Canadians is not just extremely expensive and risky for all Canadians, severely limiting to the credibility and reputation of the industry, but an existential risk to many exchanges.
The responsibility falls to all of us to provide our insight and make our opinions heard on this critical matter. Please take the time to give your thoughts.

Binance offers the trade of cryptocurrency for lesser known alt coins. You can find lesser known coins and purchase at often lower prices than most exchanges. They also offer additional tools to do market research and to see updated prices on the kinds of cryptocurrency you are most interested in. Bittrex vs Bitfinex. With Bitfinex you're limited to making an exchange for fiat to Bitcoin ... Binance vs Kraken. Some Kraken users have said that their accounts were suddenly frozen and overall, the consumer rating is often higher for Binance. Kraken is a US based company and Binance operates out of China. With Kraken there is a maximum taken fee of 0.26%, which varies depending on the users account and asking trade. Binance FAQ. Where is the Binance exchange website? It is highly ... Kraken reviews, experiences, tests & wiki for Bitcoin, Ethereum, Mining and Cryptocurrencies hulacoins.com 2020 Bitcoin accounts for the majority of the volumes at nearly 29%, followed by Ripple. 2. OKEx. OKEx follows Binance with a 24-hour trading volume of just over $1 billion. Like Binance, Bitcoin is the most widely traded digital currency on this exchange as well with almost 30% of the overall volumes. The next most traded platform on OKEx is EOS ... Binance is an exciting new exchange that has come out of nowhere to dominate the market. But if you want to get in on all of the rare altcoins, exciting giveaways, and lucrative trading action, you need to be aware of a few significant issues first. There’s some hidden fine print that could ruin your trading your experience. Press release - Orbis Research - Bitcoin Wallet Market 2020 - 2026 Top Companies Binance, Coinbase, Bitfinex, Kraken, Coinmama, Bitconnect, etc. - published on openPR.com User reviews on Kraken are fairly mixed. Complaints vary from slow processing of deposits, lack of response by the customer support to stop-loss orders not triggering. While the latter is concerning the former two may be related to lack of staff, similarly to the issues which Poloniex currently has. Trading conditions . Trading instruments (cryptocurrencies) Kraken offers quite a few trading ... Über ETHs kaufen, diese zu bitcoins kaufen bei kraken Binance transferieren und Würde Ripple bei kaufen ... Index Etf Kraken rumAs a result, we are consistently bitcoins kaufen bei kraken rated the top exchange in independent bitcoin trading uk tax reviews. In order to be able to use Kraken, to deposit, trade or withdraw credit, but follows the processes of money laundering regulations with ... Bitcoin, Litecoin, Dogecoin, Augur, Ripple, Stellar, Ether, Ether Classic, Iconomi, Tether, Dash, Zcash, Monero, Gnosis, EOS, and Bitcoin Cash. What are the Fees? In the Kraken vVSs Coinbase debate, fees are where Kraken really stands out. It's trading fees often come in at under 0.36%, depending on the currency pair you’re trading with.

Getting set up on the crypto exchanges that are a fiat gateway can be frustrating. It always feels like you have to do more through the exchanges than you ha... Kraken Bitcoin Exchange Tutorial. In this video, I show you how to buy your first Bitcoin using the Kraken exchange. I also walk you through how to deposit and withdraw your funds. Read our long form review here: https://www.coinbureau.com/review/kraken-exchange/ Kraken is one of the older cryptocurrency exchanges having been establishe... Learn about the different major crypto exchanges out there. I will be hosting a webinar this Monday on Oct 28 at 12 PM EDT. Here are the details: Bryan Downing is inviting you to a scheduled Zoom ... How to get started on Binance, tutorial and review by OJ Jordan First steps, placing a buy order, trading Bitcoin and hundreds of Alt coins. 📍 BINANCE LINK: ... I've been a longtime user of Bittrex which has been my favorite crypto exchange, Binance is a newer exchange with lower fees, and Kraken . . well their site ... Please Subscribe :) Jan 2018 Update - It looks like Kraken has fixed their up-time and scalability issues that were present during the second half of 2017 :)... How To Short/Leverage Trade + Buy/Sell Bitcoin on kraken Exchange. This video goes over how to use kraken exchange and is a kraken exchange tutorial. #kraken... Viel Spaß beim Traden! Die Binance-Review: https://www.krypto-monitor.com/binance-review/ #binance #exchange #kryptowährungen How to Buy Bitcoin on Binance US & Store in a Ledger Nano X - Duration: 8 ... Is Binance Safe My Binance Review (With Focus On US Customers) - Duration: 21:54. Alex Winkler 355 views. 21:54. How ...